Why even someone researching the future is running out of time.

Lars Thomsen, the founder and chief futurist of the think tank future matters, anticipates that artificial intelligence (AI) will give rise to major changes even in the near future – not only in the economy, but in how we interpret work and management.

Mr. Thomsen, when you speak of AI, what constitutes intelligence as you define it?

Mainly a system that can learn and engage in a dialogue with us to achieve new results. To date, computers have not become smarter by acquiring new experiences every day, but that is changing now. For the first time, they are no longer designed simply to act on commands. They can identify patterns, understand texts and even interpret emotions such as the ones in the human voice.

There are countless stories about the remarkable things that AI has achieved, but how much is it really capable of on a broader scope?

We can assume that within the next three years, in our everyday work lives AI will be able understand the content of documents, conversations and emails well enough to suggest responses, if not respond itself. Seen from a positive perspective, AI can liberate us from the burden of routines, and that frees us up to think and be more creative. As is the case with other digital innovations, we will experience this progress in minor increments, but in each case, after a few weeks we will ask ourselves how we ever got by without these developments.

Where else can you see AI being used?

AI is useful in tasks where things generally always run the same, such as driving a car or bus through town. AI can learn to follow the rules established by traffic laws, identify recurring patterns, and assess situations. And it is rapidly developing as a collective swarm. If a hundred thousand self-driving cars learn to drive together and exchange information amongst themselves, in two weeks they will have more experience on the road than a human can in 60 years. What’s more, AI can be used anywhere a task involves analysis and pattern recognition. Financial market analysts are already taking a similar approach today. Up until now, if we wanted to establish a new business, we’ve needed a lawyer to draw up the right kind of standard contract, but within a few months, AI will be able to do the job just the same, if not better. So AI will affect a wide range of different jobs.

“Seen from a positive perspective,
AI can liberate us from the burden of routines…” 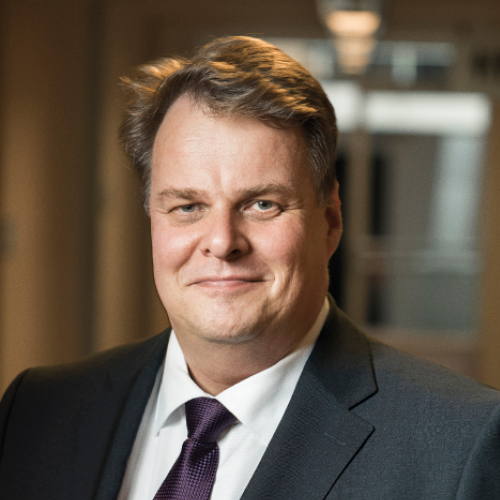 So the question arises as to how we are going to redefine work in the future.

lars thomsen, the founder and chief futurist of the think tank future matters

In other words, people will soon become superfluous…

Back when the steam engine was invented, people were very scared that machines would cost them their jobs. Instead, the labor market underwent massive differentiation and expanded into new kinds of work, although the process took multiple generations. By contrast, AI is going to have a significant impact on our lives and our work within the next 15 years. So the question arises as to how we are going to redefine work in the future. We will also have to see whether we should abandon the paradigm that quantifies work in terms of the time it takes instead of remunerating people’s talent, ability and ideas.

This massive pressure to change will obviously have an impact on politics and society, and the economy as a whole will have to find a suitable response. But there are already companies which earn millions in the financial markets by using AI, and not a single human being works there: in other words, there are no HR costs or benefits that have to be paid.

If the way we define work has to change so dramatically, that’s bound to have an effect on how we define leadership, doesn’t it?

Bosses who justify their position of power solely by where they stand in the company hierarchy are already losing ground. Good leadership is defined more and more by the ability to communicate common goals to people and enable employees to develop their full potential. Excellent companies distinguish themselves from mediocre companies primarily because the good ones are led by managers who have a clear vision of where they want to go, and they know their environment along with its opportunities and potential. There has to be an identifiable mission that the employees want to be involved in.

If AI is just around the corner as you say, then it’s remarkable how little people are talking about it in general, including political discussions.

At future matters, we can hardly believe the speed at which AI is advancing. The fact that this is being underestimated on a political level is due to a time-honored recipe for major miscalculations: people look at the past five years, don’t see much, and assume that things will proceed as before for the next five years. But AI is already advancing in a huge variety of different segments. For example, there are cameras that can scan our homes and tell us where we left our glasses. Smartphones will be equipped with assistants that can anticipate our needs based on our personal preferences, and they can suggest suitable dates for two business travelers to meet. People think we’re crazy for forecasting that there will be a larger market for robots than for cars by 2027.

But the idea makes sense. With urbanization still increasing and autonomous cars that appear on demand, why would anyone want to buy a car when they could use the money instead to lease a service robot that manages their household? Our industries have to understand the potential inherent in these transformations and focus on their company’s strengths: robots will also need mechanical parts, precision processing, dealership networks and maintenance service. Focusing too intensely on the products which have made us successful in the past 100 years often just muddies our ability to see the potential opening up to us due to transformations in technology and society